Thank you! Your submission has been received!

Oops! Something went wrong while submitting the form

Join us for this event! 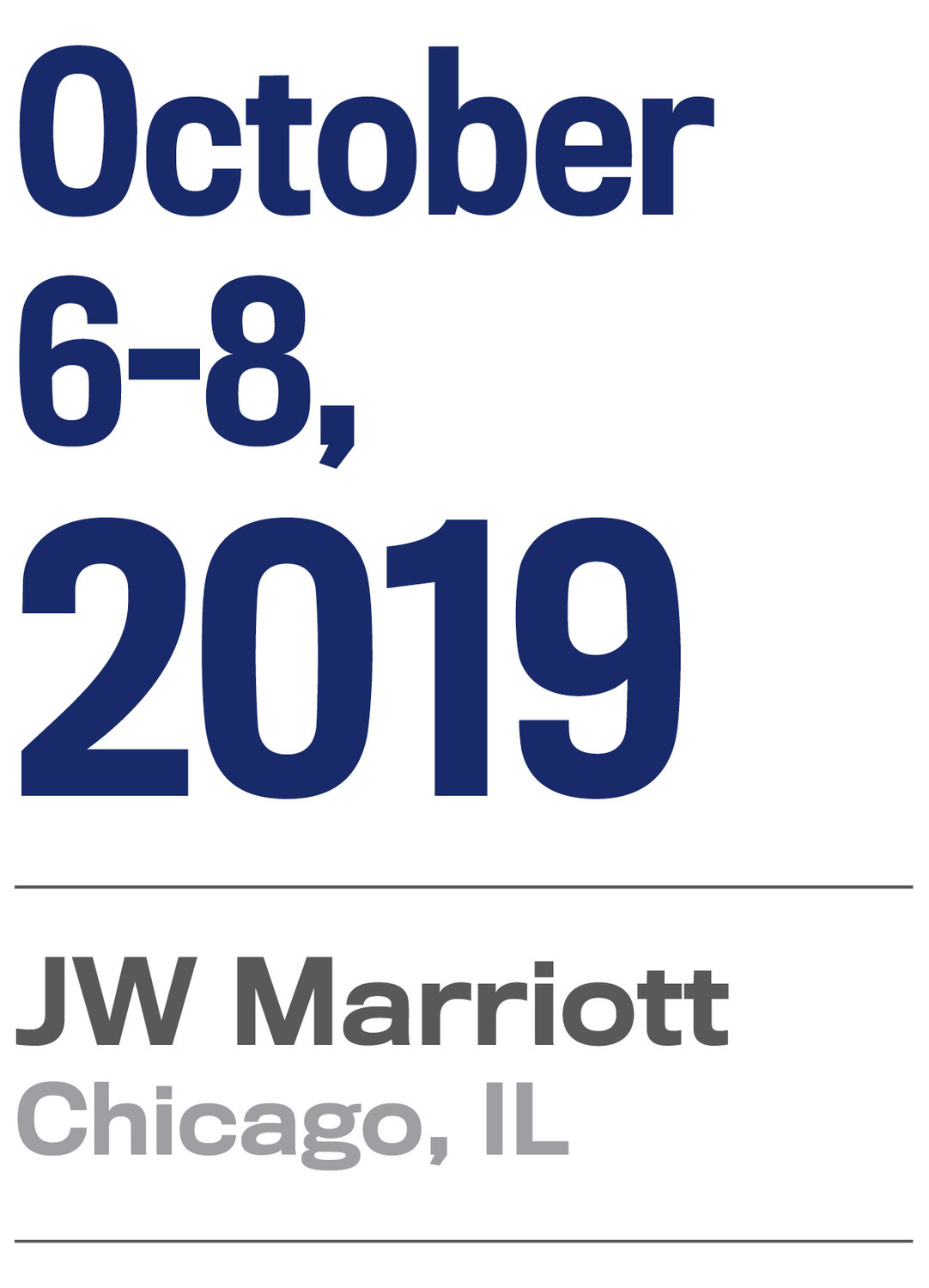 1:30 p.m.   What’s the latest on the newspaper industry’s campaign to get a fair revenue arrangement with digital giants?

The “Journalism Competition and Preservation Act” was introduced in April by the Democratic House Antitrust chairman and the ranking Republican member of the House Judiciary Committee. This legislation would give newspapers and other news publishers of online content a two-year antitrust “safe harbor” to collectively negotiate with Facebook and Google for better business arrangements. The News Media Alliance’s Danielle Coffey explains the legislation and gives an update on its progress through Congress.

In 2012, when Advance Publications reduced its print publication of the Times-Picayune from seven days to three, The Advocate, 80 miles north in Baton Rouge, moved into the city with a seven-day print New Orleans edition. Within three years, The Advocate overtook the Times-Picayune as Louisiana’s largest newspaper, and in May 2019, Advance sold the paper to The Advocate’s owners. In this session, the newspaper’s top executives will detail the business and editorial strategies that led its success.

This session explores publications that go far beyond one-off “special sections,” but instead can provide year-round revenue streams. Learn how to evaluate what kind of niche publication will work in your market, which readers and advertisers to target—and how to successfully sell your new product as a high-margin earner.

8:30 a.m.   Keynote from a newspaper pioneer: Insights from Mi-Ai Parrish

Presented by Mi-Ai Parrish, Sue Clark-Johnson Professor in Media Innovation and Leadership at the Walter Cronkite School of Journalism and Media Communication at Arizona State University.

A unique opportunity to hear from a trailblazing editor, journalist and digital strategist, reflecting on a career that includes being the first female publisher of The Kansas City Star, the first minority to serve as publisher of The Arizona Republic—and the first Korean-American publisher in mainstream media.

Salespeople are becoming the hardest category to recruit. With 65 million Baby Boomers retiring in the next 10 years, you’d better have a plan on how to build a stronger sales staff. From team selling to compensation ideas, this session will show you how to get the most out of each person and how to start building organically to staff your sales department.

11:00 a.m.   The Arkansas Democrat-Gazette’s strategy: To save the paper—give up paper

When retired judge Fredric D. Rutberg and three other local investors bought The Berkshire Eagle and its affiliated publications, the daily had been weakened by years of cost-cutting. Rutberg vowed to take a different tack: Hiring more reports, increasing the local newshole and giving subscribers more for their money. In this session, he’ll review the results of this investment strategy.

GateHouse Media is super-charging its single-copy sales program with a nationwide promotion  that launched last spring and that will be followed up with further sweepstakes that not only jump-start sales but allow the papers to better know their readers by collecting names, emails, phone numbers and birthdays. Hear the early results of these promotions from GateHouse’s senior director of single-copy sales.

This session details how a small weekly newspaper in the suburban Detroit market was able to launch a new weekly at the urging of local businesses and the chamber of commerce. The community was upset over the merging of a corporately owned paper that was no longer serving the needs of the community and reached out to get a new paper to serve their specific community. Learn from the success of this small company that knows how to super-serve its readers and advertisers.

Email has become one of their major ways local SMBs market to current and new customers. This session looks at the best methods to deploy in order to provide local businesses with the most effective solutions. Learn how email marketing can us build audience and reach new advertisers. You’ll learn what’s working in email today, and who is making money with it.

2:30 p.m.   The case for keeping public notices where they belong—in the newspaper

Protecting public notice revenue is a never-ending battle. Over the past decade, an average of 150 proposals have been introduced per year by state and local officials to change public notice laws. Often, these legislative efforts threaten the vital role newspapers play in distributing notice to their communities. This session will unpack trends in public notice legislation across the country, discuss breakthrough advocacy strategies, and explore modern solutions in the fight to protect public notices.

2:30 p.m.   Maintaining a high valuation at your newspaper: Brokers’ perspectives

When buyers look at your newspaper properties, what do they see? You’ll find out from the expert evaluations of the industry’s principal mergers and acquisition firms. They will provide insights into what potential buyers are looking for in a newspaper property, what those thinking of selling can do to make their property more appealing, and what valuations sellers might expect in this market.

3:45 p.m.   What we learned from the GNI Subscriptions Lab

The GNI Subscriptions Lab was a six-month program at a select group of newspapers of various sizes to find a sustainable business model for the newspaper industry. A partnership of FTI, the Google News Initiative and Local Media Association, the Lab amassed a mix of quantitative and qualitative market research, examining existing and potential reader segments to better understand the addressable market, readers' willingness to pay and more. At the time of its launch, FTI called the Lab a “unique, strategic partnership that will provide publishers with the opportunity to learn from each other and enable us to develop a new digital subscription model blueprint for the entire industry.” Hear the results of this program in this session.

8:00 a.m.   Funding your newsroom, and even individual journalists, from non-traditional sources

With newspapers’ traditional advertising revenue in decline, if not a freefall, publishers are looking to new ways to fund the journalism vital to a democratic society. This panel looks at the latest responses for this need for funding, from a foundation that is the leading U.S. funder of journalism to the Canadian federal government. Earlier this year, the Knight Foundation committed $300 million over five years to help strengthen journalism and research into news technology. The Canadian federal government has created a $600 million program that includes money for a Local Journalism Initiative that News Media Canada is setting up. It will provide funding to employ as many as 100 journalists.

Extensive research and data analysis by the Local News Initiative at Northwestern University’s Medill School of Journalism, Media, Integrated Marketing Communications identified reader habit as vital to retaining online subscribers—but they also encountered some surprises along the way. For instance, subscribers who read a lot of stories and read them more deeply were not more likely to keep their subscriptions. This session will detail what really works to cultivate readers willing to pay for your valuable digital news content.

>Facebook invested $3 million in the launch of the Local News Subscriptions Accelerator, a three-month pilot program to help select news organizations to gain more digital gain more digital subscribers both on and off its social media platform. The program included training on digital subscription marketing with specific strategies and tactics. This session, led by participants in Accelerator, will reveal what was learned from this program.

We still have a few rooms available at the conference rate!

If you would like a hotel reservation, please contact Carley Lintz to make a reservation! Carley Lintz: (847) 795-0380 or clintz@inlandpress.org
SAY "CONGRATS" ON THE MERGER 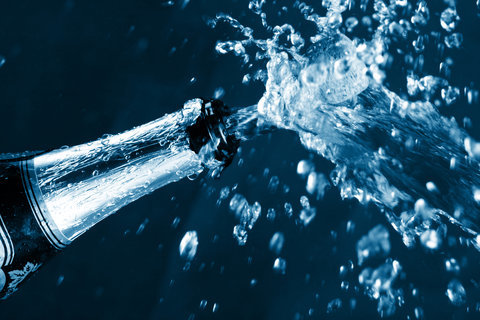 R&D companies have a great opportunity to network with Inland and SNPA members. at this Joint Annual Meeting. Reserve space to show newspaper executives how you can help them grow their bottom line with the products and services that your company offers. 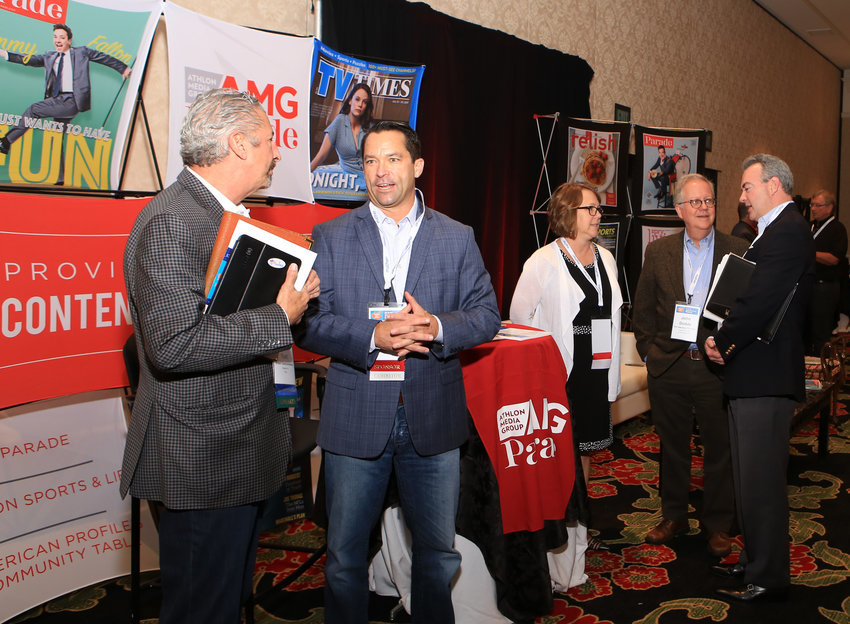 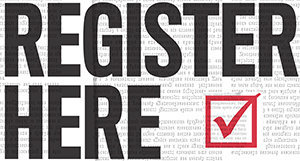 Register this month before rates increase.

The registration fee for Inland and SNPA members is $795.

First-time newspaper attendees – those who have never attended an Inland or SNPA annual meeting before – can register at the first-time rate of $595 (members) or $895 (non-members).

Team discounts also are available to newspapers that send five or more employees from the same paper. Contact Carley Lintz at clintz@inlandpress.org to request the team discount for the fifth (and additional) staff members. 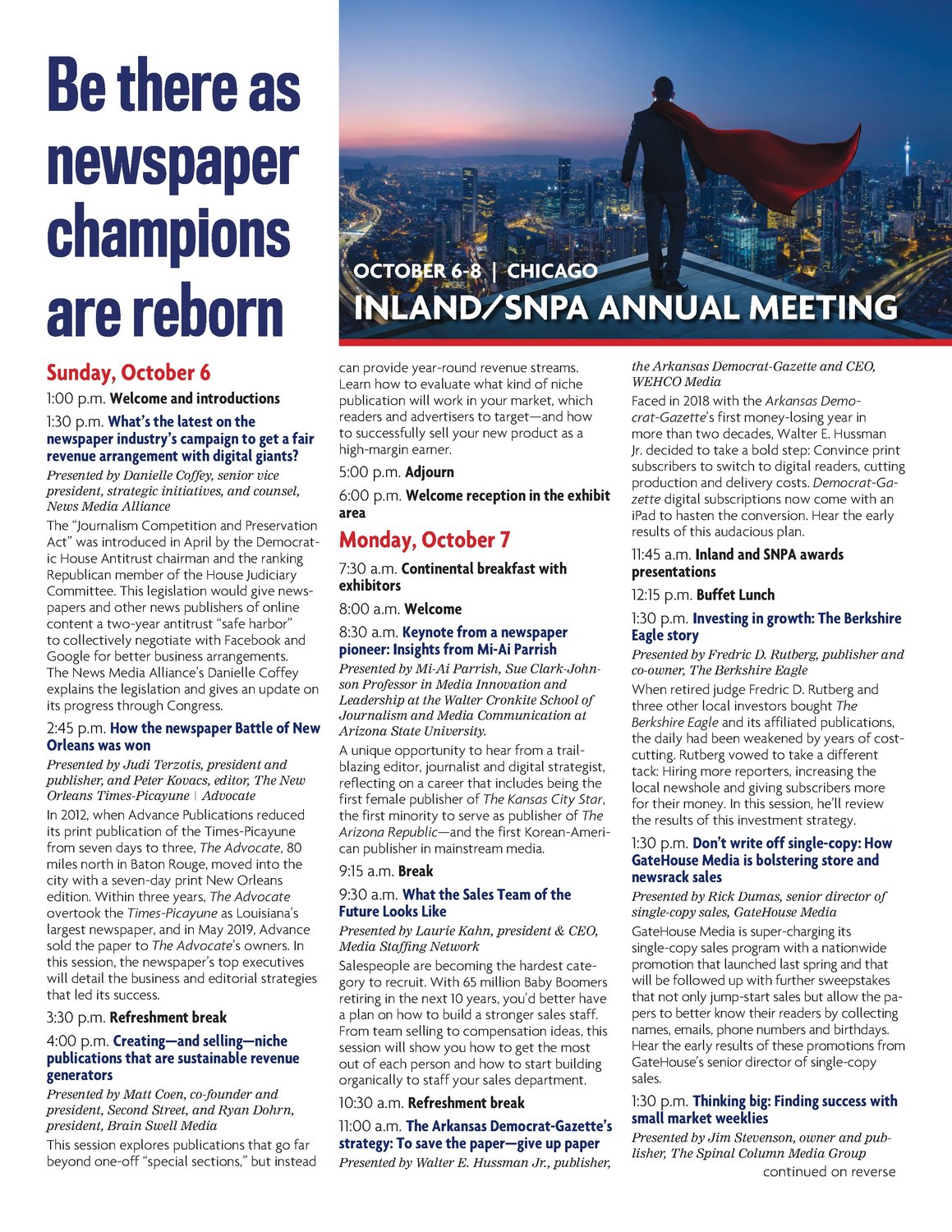 Offering newspaper-distributed magazines for your community. 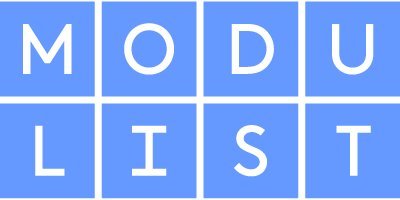 A simple, cost-saving, and trustworthy solution for newspapers to help individuals and businesses tell their stories, how they want them told.

Our integrated digital publishing solutions power some of the most distinguished newsrooms in the industry. Contact us to learn how we can help you thrive! 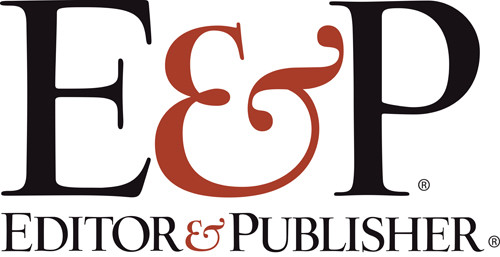 E&P covers all aspects of the newspaper industry! 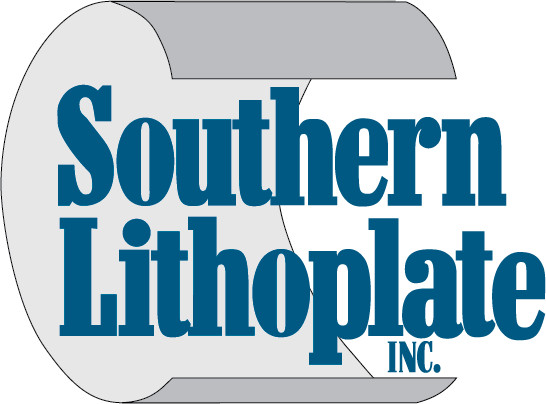 Let us show you how we can help your newspaper sell more color ... with better quality, less waste and more profit. 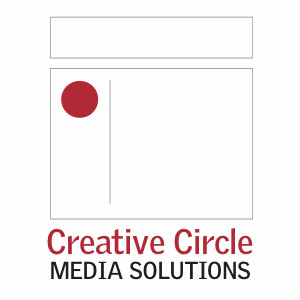 We provide what we call "creative outsourcing," which means we can help your staff hit the peaks when you outsource your high-end creative work to us.

Learn why more than 1,800 publications use Interlink to save postage and improve delivery, at www.ilsw.com.

Newspapers.com is an Ancestry.com site that partners with newspaper publishers with a no-cost solution to digitize and monetize their historical archives.

Generate revenue, engage with readers, and increase efficiency with Our Hometown's digital and pre-press CMS.

We provide strategic, practical legal counsel to client companies and legal teams of all sizes. Let us serve your changing business and legal needs.

We are one of the nation’s preeminent mergers and acquisitions advisory firms for the media, events and information services industries.

Way, Ray, Shelton and Co., PC, a full-service accounting firm, has been providing accounting expertise to the media industry for more than 30 years.

Do you struggle to make sense of all your customer data and optimize the potential value of your subscription database? BlueVenn can help!

Let us show you how we can help your newspaper sell more color ... with better quality, less waste and more profit.

Assists companies in the sale and acquisition of daily newspapers and weekly groups, and in appraising newspapers for a variety of purposes.

Our cutting-edge technology and expertise equips publishers with the tools and strategy necessary to capture, retain and grow advertisers in print and online.